Another beautiful trip to Jay Cooke and the St. Louis River Estuary. 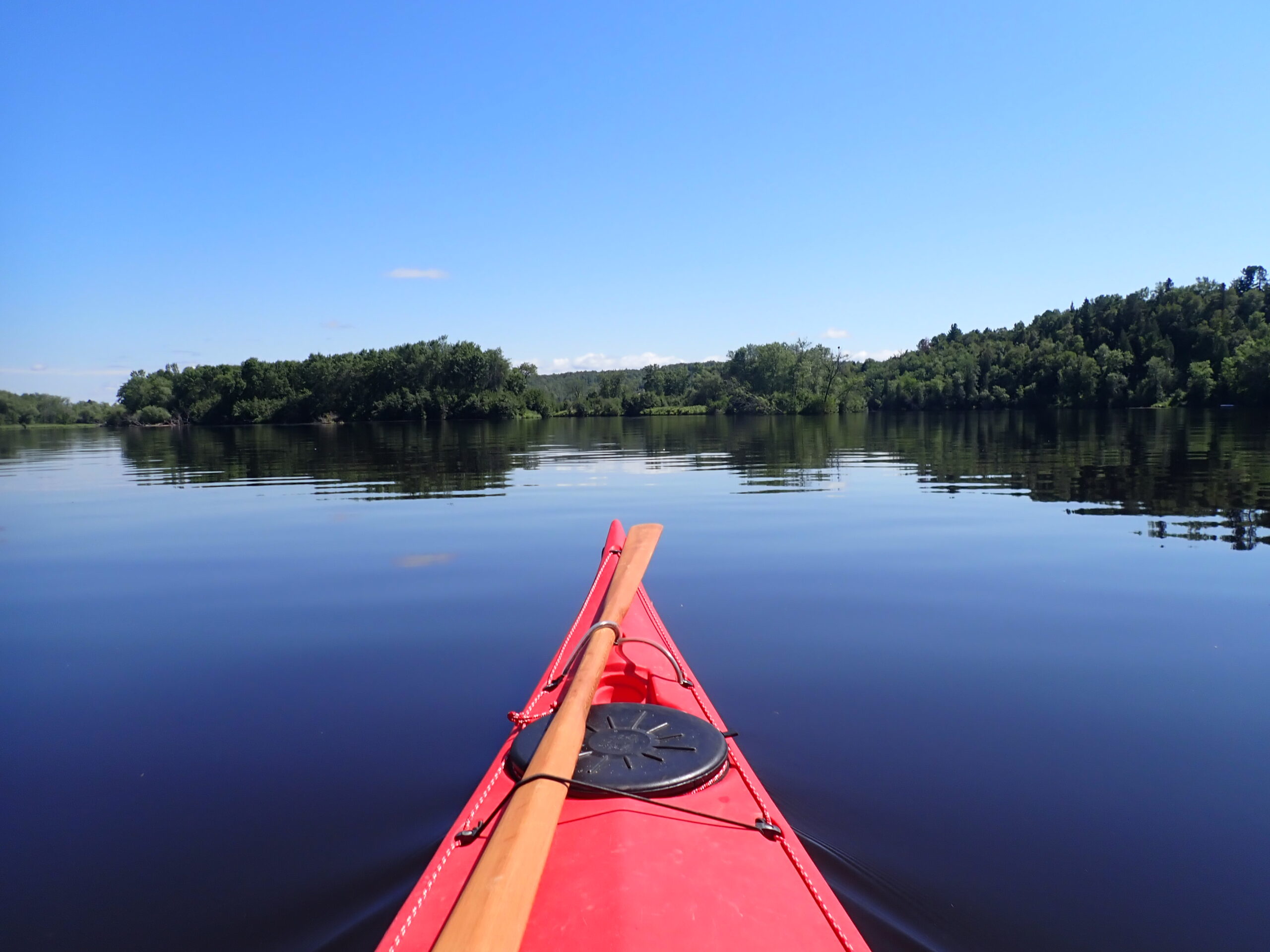 Two ISK members left the Cities early enough to enjoy a gorgeous sun filled afternoon paddle.  We launched at Chambers Grove (awesome park with real restrooms) and went downstream to Nekuk Island.  We then headed upstream to the Minnesota Power plant that is located just below Fond du Lac Dam.  There was evidence of rock quarry.  Several bald eagles were spotted.  It was a fun float back – paddled 6 miles.

Others in the group went straight to Jay Cooke Park and set up in the seclude area of Group Site 1.  We enjoyed a campfire and some amazing peanut butter fudge brownies!

The next morning six ISK members launched from Boy Scout Landing.  The day was overcast and with a fog hanging over the water and hills.  We traveled downstream on the Wisconsin side past Bear Island and shooting under Hwy. 105 into Little Pokegama Bay were we traveled through some aquatic plants and headed up toward Clough Island.   The banks on the Wisconsin side are steep and don’t afford good areas to pull over for a break.  Our original plan was to go out to the Dwight’s Point Primitive Campsite, but the wind was straight from the North and we had concerns for one of the recreational boats that was on the trip.  We found a small beach for a much-needed break.  We stayed close to the island and shot a small gap and was surprised to find a picnic area on the South end of the island (not on the map).  In the early 1900’s there was a working farm on the island.  We traveled back on the Minnesota side.   One of our members had worked with the local water district and shared history on the environmental cleanup.  There were swimming warnings on the Lake with rip tides and about every 3 wave you could feel a larger push.  Total mileage was 11.72.

Back at camp, folks enjoyed a variety of foods for snacks / dinner.  A rousing game of Pass the Pigs provided a break.  Three members enjoyed a tour of Jay Cooke including the swing bridge and then went to the University of Minnesota Outpost.  Were adventures of the white-water paddlers was shared.  The focus for Tuesday morning was looking iffy, but the plan was to re-evaluate in the morning.  As much as possible, items were stashed in the cars due to rain in the forecast.

It did not take long to break camp in the morning.  One person decided to go hiking at Jay Cooke.  Three ISK members drove to the Arrowhead Public Boat Ramp (parking $5) and explored the “fingers” on the Wisconsin side.  The day was chilly, and the fog hung on the hills.  We enjoyed watching the deer grazing along the waters edge and the antics of the kingfishers.  This part of the river was very different from the previous day.  We took a snack / lunch break at Dwight’s Point and then decided to head back to the boat ramp for the drive home.  Total mileage 6.7.

The Saint Louis River Estuary Water Trail map is the best resource for this trip. 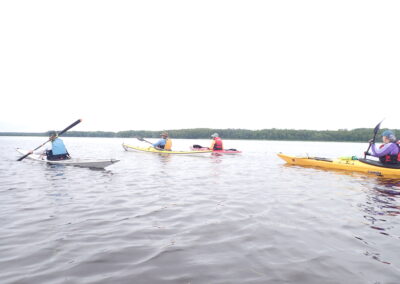 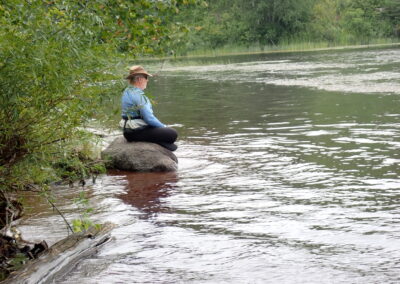 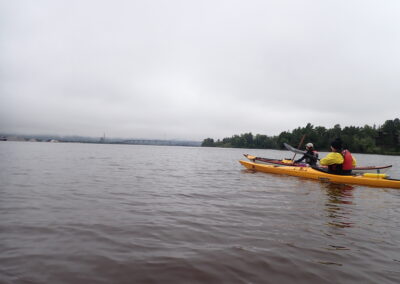 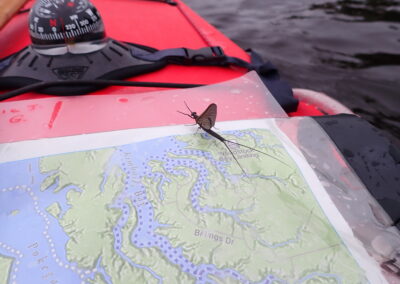 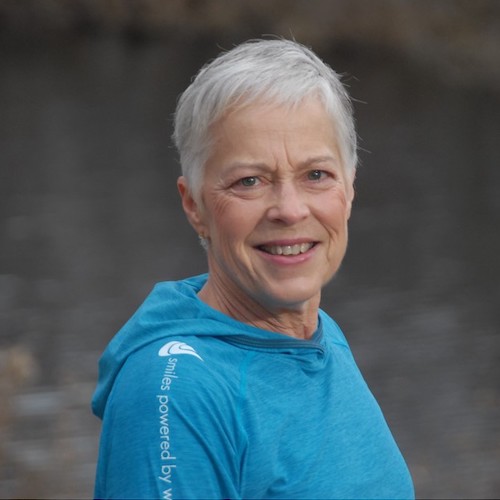 When I met members of ISK in 2019, I knew I found my tribe. The support from this community has been amazing and has led to so many adventures, friendships, and drastically improved paddling skills. I want to ensure that everyone feels that same camaraderie and can share the joy that comes from being one with your kayak on a paddle.